MNL48 and the Idol Culture Phenomenon: An Emerging Manifestation of Japanese Soft Power in the Philippines

AKS, the talent agency that manages idol groups in Japan, announced in 2016 that they will be establishing AKB48 sister groups in Thailand (BNK48), the Philippines (MNL48), and Taiwan (TPE48). The Groups of 48, commonly referred to as 48G, is being spearheaded by AKB48, the world’s largest pop idol group with more than three hundred members. It already established international sister groups in Indonesia (JKT48) and China (SNH48) to propagate the concept of ‘idols you can meet’ in Asia. Currently, the original Japanese songs were already translated in the Bahasa Indonesia, Mandarin Chinese, and Thai languages. Due to their popularity, AKB48 is constantly being invited by the Japanese Ministry of Foreign Affairs to perform in its events all around Asia, where the fans spending a lot of money to see their favorite idols. This paper discusses the possibility of Japanese cultural hegemony in the Philippine popular culture industry. Utilizing the lens of Roland Robertson on globalization and glocalization, this paper implicates three scenarios that could affect popular culture in the Philippines: (1) the role model image of 48G can be used spread the Philippine government’s programs such as suicide prevention, improving local security, among others; (2) the raffle system to get tickets for performances will only be a money-making venture for AKS; and (3) if MNL48 will be used by the Japanese government to sell their country’s products in the Philippines, it will further prevent national development and the emergence of local industries.

Download data is not yet available.
Published
2018-12-21
How to Cite
Dreisbach, J. L. (2018). MNL48 and the Idol Culture Phenomenon: An Emerging Manifestation of Japanese Soft Power in the Philippines. EDUCATUM Journal of Social Sciences, 4(1), 60-66. Retrieved from https://ejournal.upsi.edu.my/index.php/EJOSS/article/view/548
Download Citation
Issue
Vol 4 No 1 (2018): EDUCATUM Journal of Social Sciences (EJoSS)
Section
Articles
Make a Submission 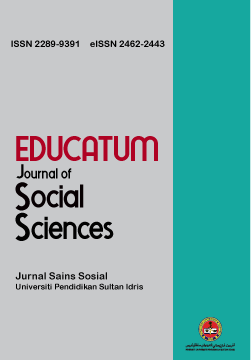