Shellfish is an important source of food and plays a significant role in human nutrition and health. However, shellfish allergy is a long-lasting disorder which mostly persists throughout life and is often associated with severe reactions [1]. Among the various consumed shellfish, prawns and crabs are the most widely consumed and can lead to the most severe reactions. At present, allergies to shellfish are diagnosed similarly to other food allergies. The diagnosis relies upon careful evaluation of history, the presence of appropriate clinical signs and confirmation with in vivo or in vitro tests to demonstrate the presence of allergen-specific immunoglobulin E (IgE) [2]. However, both in vivo or in vitro diagnostic approaches are mainly based on the use of crude allergen extracts. Crude allergen extracts are obtained from biological sources and consist of mixture of allergenic components with high amounts of undesirable products that can interfere with diagnosis. In many cases, only few of the several proteins found in crude allergen extracts act as the essential allergens in the majority of patients that are allergic to the substance. The most important ones are called major allergens. Problems associated with using crude allergen extracts for allergy diagnosis may be overcome with recombinant allergens. Recombinant allergens with high purity can be produced by using controlled production procedures that yield defined molecules with known molecular, immunologic and biological characteristics [1]. Tiger prawn Penaeus monodon and blue swimming crab Portunus trituberculatus, are among the widely consumed shellfish in Malaysia. Our earlier study involving 131 atopic patients in Allergy Clinic, Kuala Lumpur Hospital demonstrated that patients in Malaysia suffering from allergic responses to shellfish including tiger prawn Penaeus monodon and blue swimming crab Portunus trituberculatus. Amongst the shellfish extracts tested, prawn elicited the highest frequency of positive reactivity in 39% of the patients. Further, crab was the second most common shellfish to elicit a positive reaction in 24% of the patients [3]. Our first phase study has successfully identified tropomyosin and arginine kinase as the major allergens in both species of shellfish. However, more information about the individual allergenic species-specific components is needed. Therefore, we continued our study to isolate and clone the tropomyosin and arginine kinase from these two species of shellfish, tiger prawn Penaeus monodon and blue swimming crab Portunus trituberculatus. Tropomyosin and arginine kinase were isolated from the total RNA (Ribonucleic Acid) obtained from both prawn and crab muscles followed by RT-PCR (Reverse Transcriptase-Polymerase Chain Reaction). The RT-PCR products were then cloned into the cloning vector, pJET 1.2 and transformed into Escherichia coli host. Transformants were screened for positive clones by PCR (Polymerase Chain Reaction) colony and sequenced. The 855 bp tropomyosins have been isolated and sequenced from both prawn and crab. Arginine kinases isolated and sequenced from prawn and crab were 1071 bp and 1074 bp, respectively (Figure 1). The GenBank BLAST search for the sequences showed high homology to the targeted proteins as shown in Table 1. Tropomyosin is a 34 to 38 kDa heat-stable protein that belongs to a highly conserved family of actin filament binding proteins, which plays a functional role in contractile activities in muscle cells [4]. Arginine kinase is a 40 to 42 kDa heat-labile protein that plays an important role in regenerating adenosine triphosphate (ATP) during bursts of cellular activity [5]. Tropomyosin and arginine kinase from the prawn and crab have been isolated and the full-length sequences were obtained. Current ongoing study focuses on sub-cloning and full-length expression of tropomyosin and arginine kinase in order to produce respective recombinant proteins, and subsequently investigate their physicochemical and allergenic characteristics. 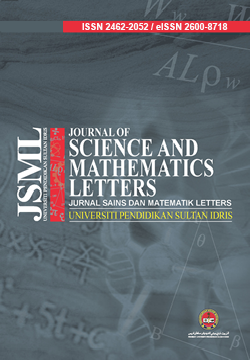 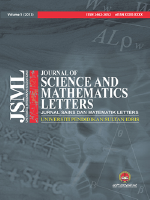