The late twentieth century has witnessed a growing emphasis on multicultural music education. However, as non-Western musics are often incompatible with classical music notation, some fear that this will adversely affect the time spent on teaching basic music concepts. At the same time, Malaysian music educators are woefully short of teaching materials. This paper introduces several folk genres from East Malaysia which offer a unique solution to these two problems. Based on research among the Kenyah over the last 15 years and Kadazandusun community from 2007-2009, a wealth of repertoire has been found to be applicable to the local music education scene. Malaysian music teachers have little access to publications of genuine local folksongs, especially those using the pentatonic scale. The music education syllabus also emphasizes local music instruments, such as the caklempong and gamelan, which are however, far beyond the budget of many schools, similarly, as the sophisticated Orff xylophones. The genres introduced here are especially suitable for music education. Kenyah recreational songs possess several characteristics of special value to music educators. Firstly, they feature homophonic multi-part singing. Secondly, being largely pentatonic, they are especially suitable for the Kodaly method. Thirdly, they display regular meter, generally 4/4. In addition, they are accompanied by simple dance-movements. Kadazandusun songs: the examples featured are contemporary versions but they still display the original ethnic so-pentatonic scale and are often accompanied by the Sumazau dance. East Malaysian wood and bamboo instruments such as the jatung utang provide a cheaper and culturally significant alternative to gamelan and Orff instruments. 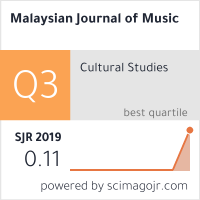